71 France is complete after almost two years of construction

Schafer Richardson is excited to announce the completion of the third and final building at 71 France! The City of Edina granted Certificate of Occupancy for Building C with 60 units on April 15, 2016. The first residential move-ins are scheduled for May 1st.  The building also features 12,200 square feet of retail space on the first floor. We are eager to welcome the first retail tenant, Tide Drycleaners, who plans to open later this year. 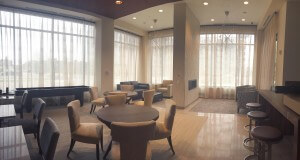 The France Avenue and Hazelton Avenue area has been transformed after almost two years of construction. It is hard to believe that the first building broke ground in June 2014. We are grateful for the hard work and dedication of our project team these last couple of years. Congratulations to IRET, Kraus Anderson, Pope Architects, Steven Scott, Lunds & Byerly’s, Cresa, and BDH+Young for the successful completion of a great project!