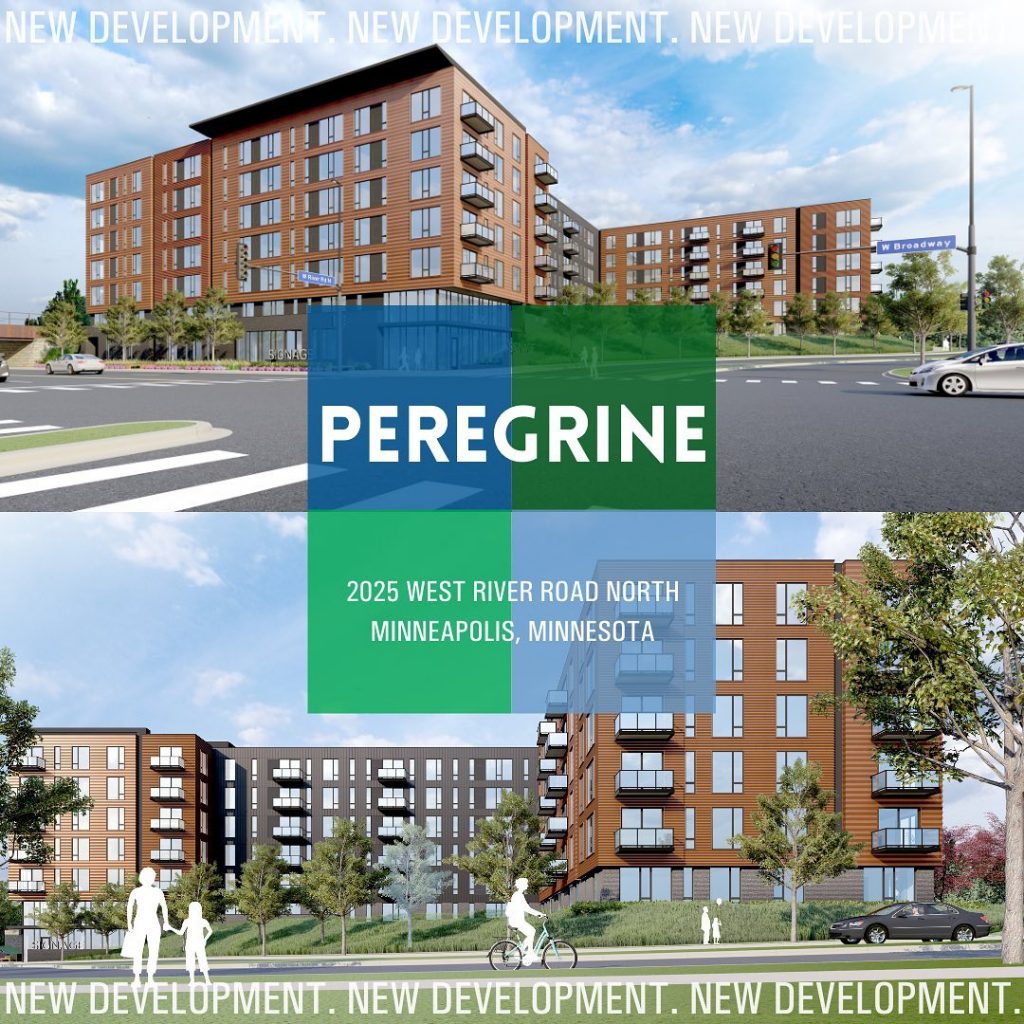 Minneapolis-based real estate company, Schafer Richardson, is proud to announce the acquisition of 2025 West River Road N, a site that was previously home to a single-story commercial building and a surface parking lot.

Located along the Mississippi River in the Hawthorne neighborhood of Minneapolis, the development, named Peregrine, will consist of a new-construction seven-story multifamily housing building with enclosed parking, residential amenities, on-site management, and approximately 2,000-square feet of community-facing space along West Broadway Avenue. Peregrine will provide 163 one, two, three and four-bedroom apartment units, attracting both individuals and families, with rental eligibility ranging from 30% to 80% of the Area Median Income. Additionally, the development has secured 34 Project Based Vouchers through partnership with the Minneapolis Public Housing Authority.

The Project will adhere to green building principles including pursuit of LEED Certification through the U.S. Green Building Council. There will be energy and water saving measures in and around the building, as well as a photovoltaic (solar) array on the roof.  In addition, stormwater will be managed on site with a combination of rain gardens, bioswales, and an underground catchment system.

Construction at the site will begin in January and the project will open to residents in Summer 2023.

Peregrine was designed by UrbanWorks Architecture, will be built by Greiner Construction, and will be managed by Steven Scott Management. Financing for the project was provided by Colliers International, Hennepin County, the City of Minneapolis, Metropolitan Council, Bridgewater Bank, AFL-CIO, and Huntington Bank.

Schafer Richardson appreciates the partnerships of those who assisted and supported in the successful closing of Peregrine, as well as those who will continue to make the project a success during its construction and future operation.