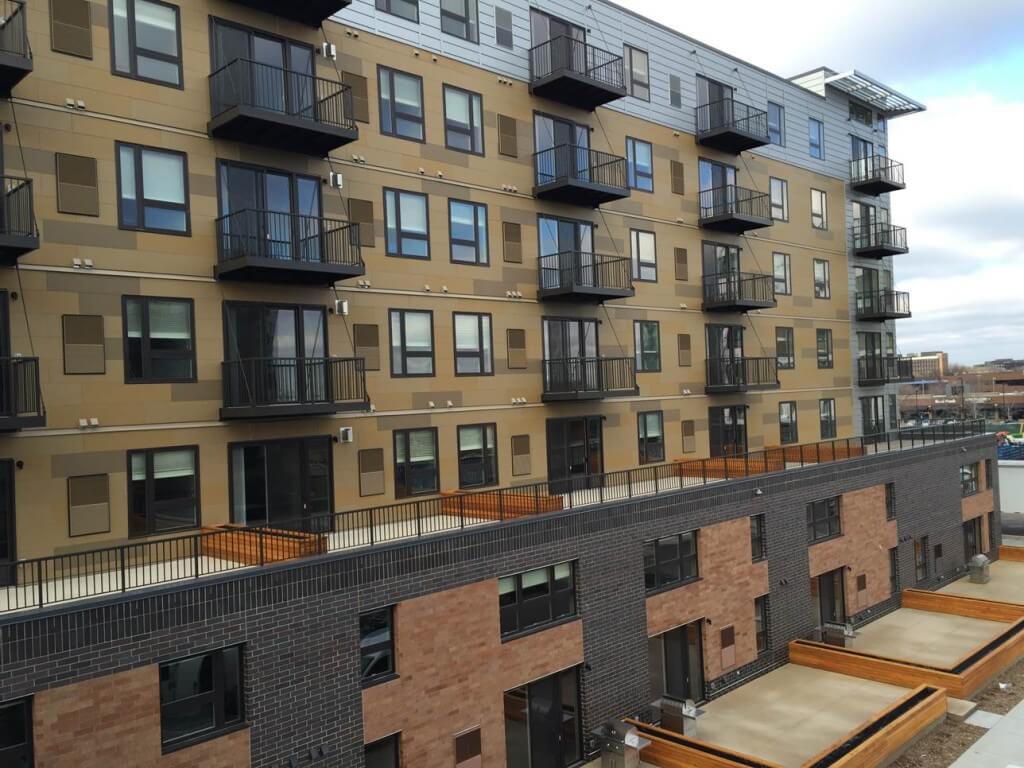 Schafer Richardson is happy to announce that the second building at 71 France opened just before the New Year on December 18, 2015. Our winter opening makes the lobby fireplace a particularly welcoming and warming feature for the 72 new rental units. Other site amenities include a business and conference room, car wash station, and guest suite. The building also features 10,900 square feet of retail space on the first floor with the first retailers expected to open in Spring of 2016. The building was finished nearly a month ahead of schedule due to the great efforts of the project team, which includes IRET, Schafer Richardson, Pope Architects and Kraus Anderson. A big thank you to the team for all their hard work! A grand opening celebration will be held at 71 France on January 28, 2016 from 4-6 pm.