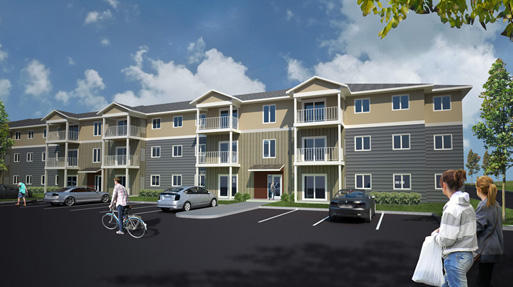 Schafer Richardson is pleased to announce the opening of the second building of Aspen Heights in Watford City, North Dakota. The first residents started to move in on September 1st after eight months of construction. The building includes a total of 48 units consisting of one-, two- and three-bedroom units. The first building (also consisting of 48 units) finished in fall 2014. Demand for housing in the Bakken oil field region has remained strong. Watford City is one of the fastest growing communities in the nation jumping from a population of 1,764 in 2010 to an estimated 10,000 in 2014.

For leasing information, please call 1-844-756-9745 or visit the website at www.watfordaspenheights.com.